You must have heard about the dominance of the blockchain technology in the financial sector and is considered revolutionary which has been practiced in the cryptocurrencies. This technology is like an umbrella that guards you against anyone else creating a duplicate copy of the currency that you have purchased. Majorly, the entire trade has been taking place on the bitcoin or  Ethereum blockchain technologies and the things can be tracked and monitored on the same platform. But now, the arrival of new features of blockchain technology is making a difference. Things are changing and getting transformed in a very big way possible. 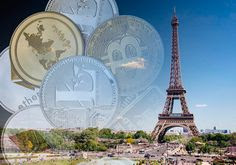 It has become interesting day by day to see the different use of blockchain technology.  How developers and programmers are adjusting to learn and research the varying programming languages? Coping with the market demands and requirements, blockchains programmers have been focusing to design the technologies for the consumers as well as for solving the purposes of the business ventures. 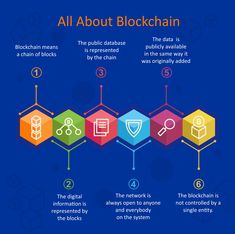 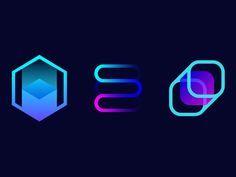 The concept of native blockchain identity

Just imagine what if the internet gave you and every other user the opportunity to have a native identity. In this kind of scenario, a separate identity for each and every service that use on the internet is not needed anymore.

Ample of research in the blockchain technology

It is pretty inspiring to see recent growths that new blockchains are securing their positions in the industry. It is believed that developers and the programmers will have so much more to offer to the industry. They will use the new blockchains in order to create their ICOs and decentralized apps. 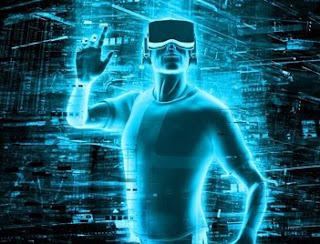 It is very exciting to find out that the newer generation of the blockchains that are creating a place of their own and development taking place in the blockchain arena. The development in the new blockchains will enable the general computations to take place in a decentralized way, particularly the increased potential to write the smart contracts.

ICOs or the Initial Coin Offerings represent the new cryptocurrencies in the world of finance. ICOs have become the new way to make money. There are many companies and business ventures that have been successful in raising $100 million and more via the selling of the tokens. The entire trade has taken place on the Ethereum blockchain and the things were tracked and monitored on the same platform.

The ICOs are basically tokens that were created and sold on the Ethereum blockchain technology but things are changing and getting transformed in a very big way possible. The ICOs have been able to raise $4 billion money. It is expected to increase even more in the coming future.

Smart contracts have grown up too

The concept of the “smart contracts” have come up with the set of rules and regulation that holds authority. It allows a developer or a programmer to write absolutely anything in the form of the smart contract which is believed next to impossible to alter in the future. To get a better understanding of will get executed by the network, Let ’s consider an example and have the idea about it.

The smart contract is a software program, that can be operated on anyone’s computer device. It is to be ensured that a programmer or a developer is unable to exploit anyone’s computer or the network as a whole. This is definitely a problem, but Ethereum has been successful with a solution. The solution lies with the Solidity, which is a native programming language.

There is no doubt that the syntax looks more or less very similar to JavaScript, but it is a different language all over. The biggest challenge that comes from the Ethereum developer/programmer community is the demand for learning a totally new language when it comes to writing a smart contract. Moreover, you have to think of the problem solutions with a completely different mindset and understanding.

Based on the requirements and demands, some blockchains have been designed to focus on the consumers, while others towards the business ventures. It seems quite interesting to witness the different use of blockchains and how they are adjusting to the varying programming languages.

The developer or programmer community is a novice in the finance domain. Though the native language allows you to write any program in it, there are still many things to be learned and understood. This has definitely made Ethereum as a solid platform for ICO. Apart from the Ethereum based cons, there are some other disadvantages as well. They are:

The concept of native identity seems to be a good proposition. There are several developments in progress in order to resolve the identity issue reported on the blockchains. For example, on the Ethereum platform, you can find  Civic that enables you to record your identity which can be used in the future for the blockchain as well as on other apps.

Unanimity methods of The blockchains are criticized

The present generation of the different blockchains that are in operation is criticized and often slammed for the high amount of energy they consume in order to power the network. Furthermore, the costs associated are also quite high since the unanimity method that Bitcoin, Ethereum and other blockchains make use of.

The nodes in the network need to be evaluated

In every blockchain platform, the nodes used in the network need to be evaluated from time to time so that they are up-to-date. Keeping a track of every node in the network demands for syncing the nodes You have to understand that the nodes in the network are allotted on the ground of geographical boundaries. Network tracking is not something that is practiced periodically.   hence it agrees upon evaluation of nodes for a new network state.

Every node have a superior hold in the network

The proof of work is presently the most popular unanimity method. In this method, it is found that each of the nodes tries to proclaim their own updated position of the network via resolving a cryptographic puzzle. The node that solves the problem first, dictates the other network regarding the updated state and accordingly, every other node will move ahead in the said direction.

The different kinds of blockchains

Let us have a look at the different blockchains out there that are available.

The NEO blockchain supports four languages, which serves almost the 90% of the developer community. It is another blockchain technology that supports programs, especially written the in Python and Go. The blockchain also supports the .NET and Java in the initial phase. 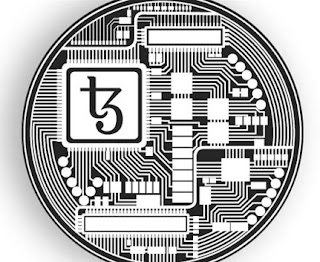 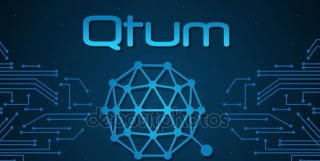 This Blockchain gives the developers the allowance to write similar to Ethereum smart contracts, but with the UTXO format of Bitcoin. In Bitcoin, the concept is all about keeping a track of every account’s balance. The transactions that are sent to the wallet and are still not spent are actually tracked down. It is the total of such transactions that actually give a complete balance.

When you compare the Ethereum’s Solidity, Qtum seems to be a better option as it is highly efficient and lightweight in nature. Qtum aids in the lightweight smart contracts for maintaining the records.

The most interesting aspect about Tezos blockchain is that it has gone a step ahead offering the decentralized method of authority to adjust and adopt ant major upgrades that take place in the consensus or unanimity protocol. Every major upgrade that takes places is voted upon.

The NEO blockchain makes use of the dBFT or the Delegated Byzantine Fault Tolerance consensus protocol or method. This helps to sync to a network way faster and the best part is that excessive energy doesn’t have to be spent. The protocol supports up to 10,000 transactions every second. When compared, you will find that Ethereum can support only 15 transactions per second.

Blockchain trends are supposed to provide the ultimate future

Google was not the first search engine. In the same way, Facebook was not the pioneer social network platform. But still, we cannot deny the fact that they were the best and are still at the top of the lists.  Similarly, in the blockchain world, it is believed that the blockchain is the future and the trends that are following it currently. 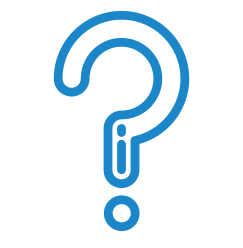 Are we living in the future that we are expecting?

Perhaps the answer is a no. We might be living within the experiments taking place. What we are thinking about our future might not have been invented yet? There is every possibility that everything that we see and feel today all around us today won’t there in the future.

High Expectations on the future

We don’t have any specific answer as we really don’t know what the future holds for us all. There are very high hopes on the blockchain industry as a whole. It might be that the future doesn’t appear any nearer, but we are all waiting for the ultimate blockchain that will define our future in the financial domain.

No doubt, there are several disadvantages of the method. In comparison to the pros of the new technique, the two most common cons are:
There are solutions available to the problems available, but they again have their very own pros and drawbacks. It is found that Tezos and Qtum blockchains have come up with their own versions of the proof of stake unanimity method from the very beginning. On the other hand, Ethereum is planning to opt for the unanimity to proof of stake method.

Is there any possibility that something else, something new will pop up that will define the ultimate future of blockchain? Will it be NEO, Qtum, Tezos, or Ethereum, or hashgraph?

All that we can do is to wait and watch Who will win the race? Perhaps you cannot rule out the fact that the future is not very far and we should feel proud to be a part of one of the biggest transformations that the human being must have to go through. 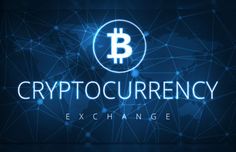